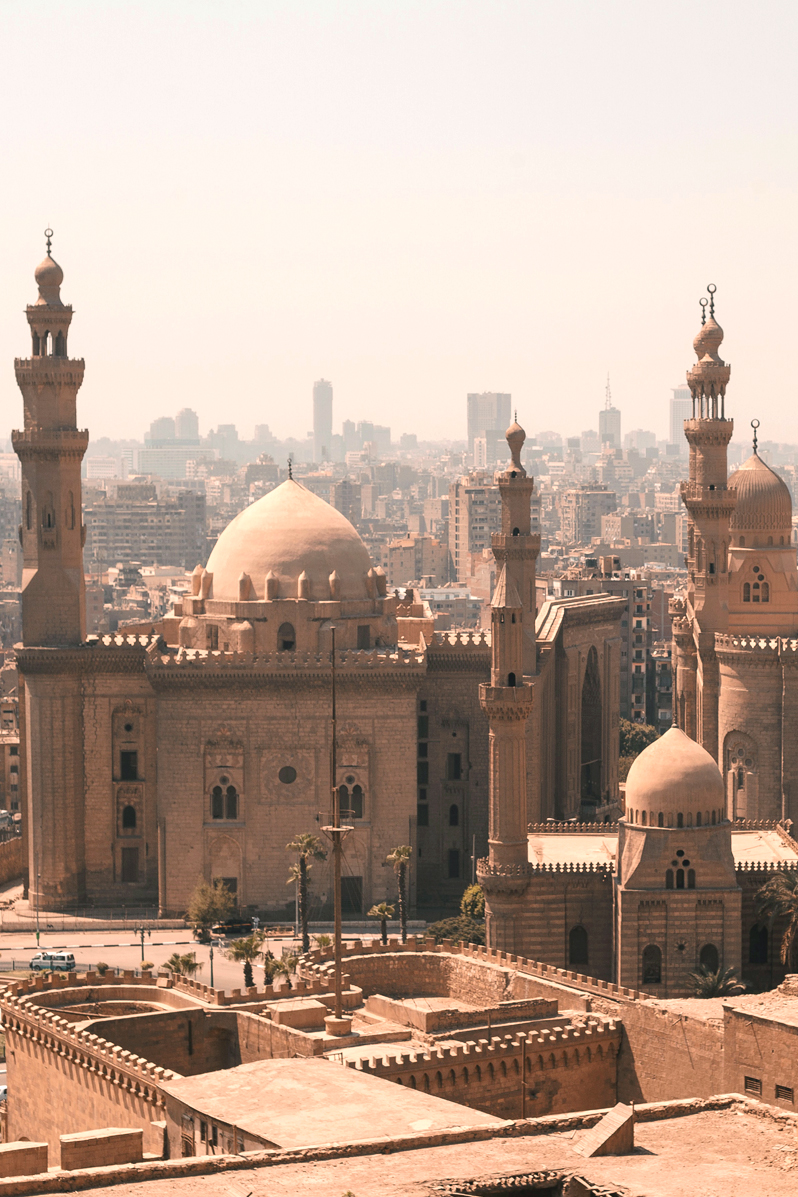 The Mosque of Sultan Hassan is one of the most splendid medieval monuments in Cairo – and a must-see for any architecture lover.

This grandiose 14th-century mosque is a stunning example of Mamluk architecture – and it’s one of Cairo’s most beautiful mosques.

Built from enormous blocks of stone, its walls reach 38 metres and symbolized the might of Mamluk rule.

Not even the Black Plague could stop the massive construction project as craftsmen from across the empire took part in the costly undertaking.

Today, the Mosque of Sultan Hassan dominates the square. Its intricate architecture is a pleasure to explore – and you’ll always find something new with every visit. 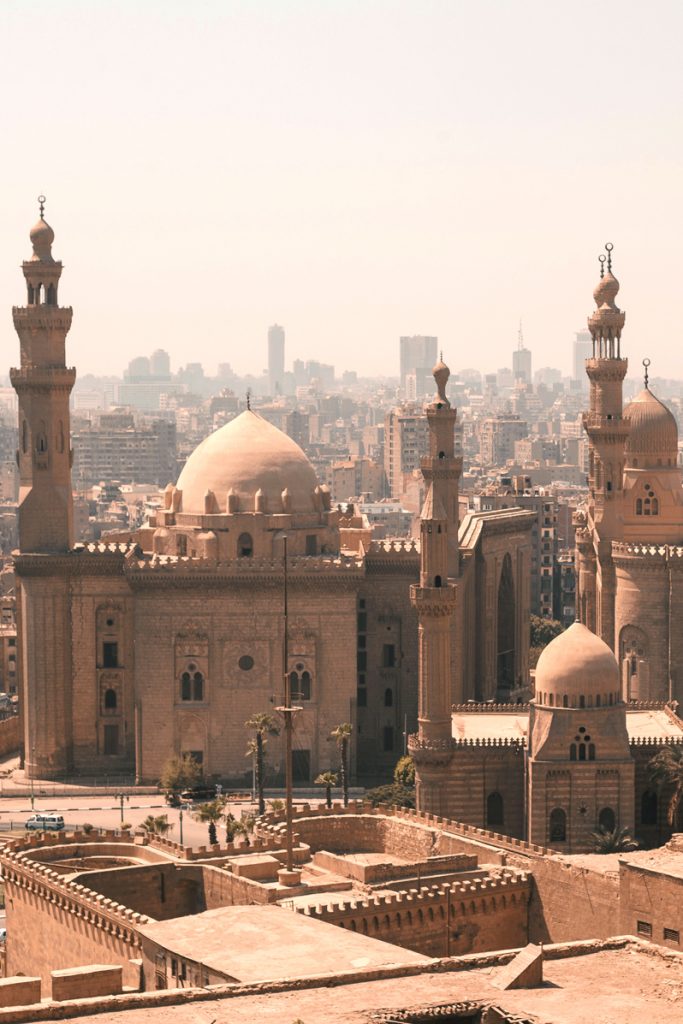 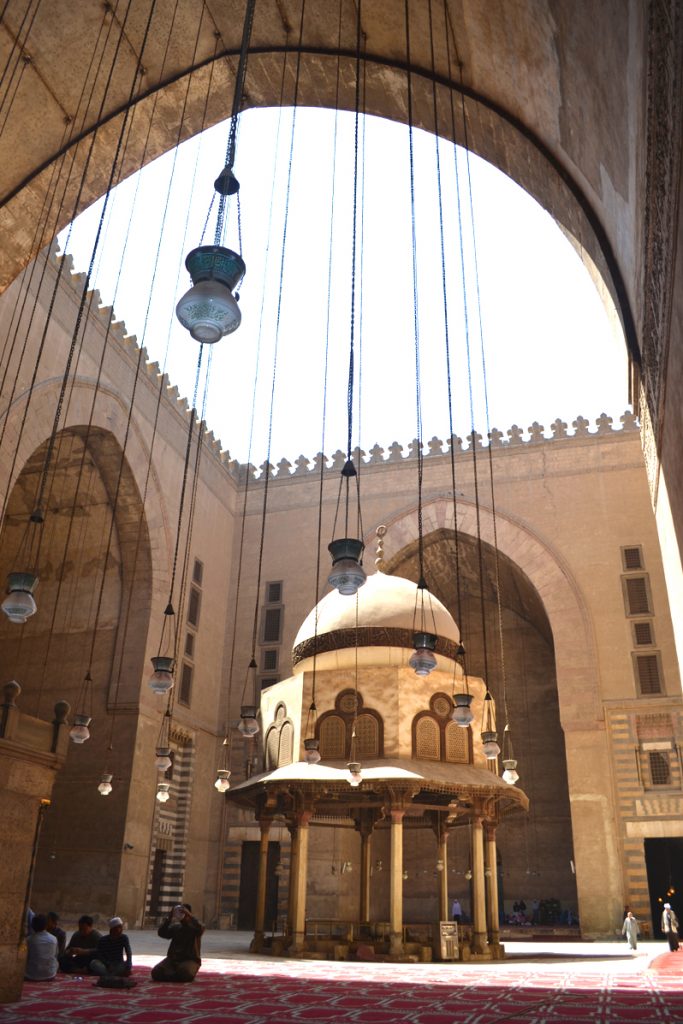 Inside the Mosque of Sultan Hassan

The Mosque of Sultan Hassan has a striking 38-metre recessed entrance that always makes a grand impression. It leads down a dark passage into a sweeping open courtyard with mosaic-paved floors. The splendid courtyard has a domed ablutions fountain and soaring vaulted halls on all four sides.

There are doorways at the four corners of the courtyard that lead into four madrasas, where the four Sunni Islamic schools were taught.

There’s an especially gorgeous mihrab (a niche pointing in the direction of Mecca) ornamented with marble and gilded inscriptions. It’s considered one of the most beautiful mihrabs in Egypt.

A bronze door leads to the sultan’s mausoleum – though it stands empty. Sultan Hassan was assassinated before the mausoleum was finished and his body was never found.

The Al-Rifai Mosque is right next door – and it’s just as grand and massive. But it’s actually centuries younger and built in a neo-Mamluk style.

Al-Rifai was built right alongside Sultan Hassan in an attempt by 19th-century rulers to link themselves to the Islamic glories of the past. It was completed in 1912 and houses the royal mausoleum of Muhammad Ali’s family.

The doormen show you around and unlock the various mausoleums – they sometimes do Quran recitations under the domed ceilings to showcase the incredible acoustics. You can tip them 20 EGP. 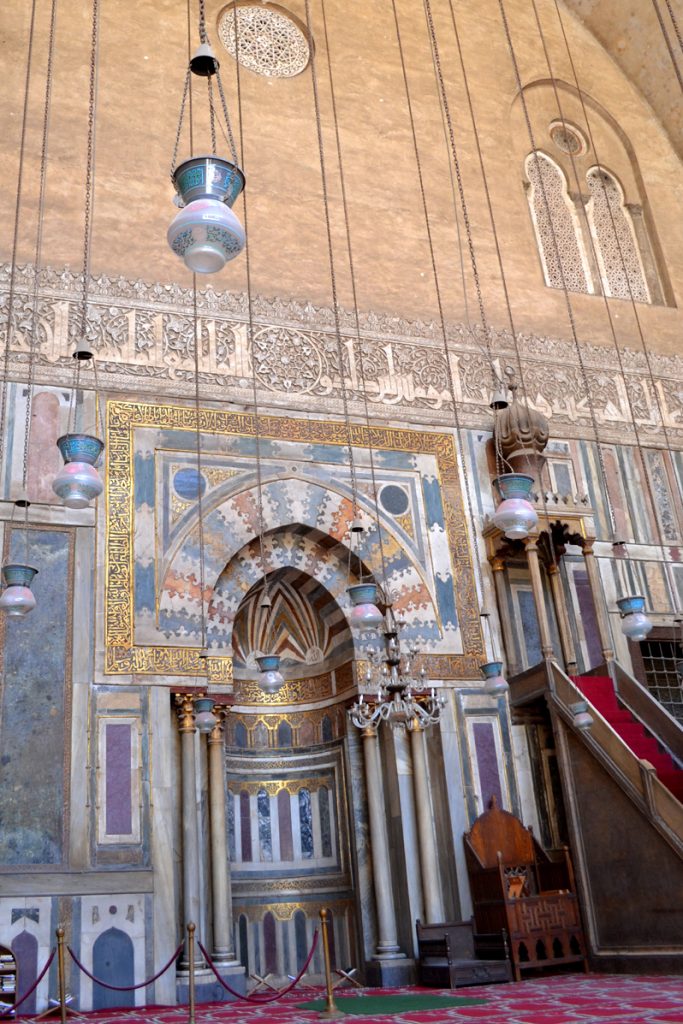 Tickets: 80 EGP per adult and 40 EGP for students with a valid ID. The two mosques are inside the same complex and separated by a narrow pedestrian walkway. Tickets to Sultan Hassan include entrance to Al Rifai.

How to get there: Take an Uber to the Mosque of Sultan Hassan, or take a tuk-tuk if you’re coming from the nearby Mosque of Ibn Tulun.

Nearby: The Mosque of Ibn Tulun is about a 15-minute walk away – or you can take a tuk-tuk. The Cairo Citadel is a short Uber ride away – it only looks close but it’s not really walkable. You can also take a tuk-tuk to the Khayameya market. Khan el Khalili and Azhar Park are also both a short taxi ride away.

Read 25 Best Things To Do In Cairo (A Local’s Guide!) for more to plan your trip.

4 Best Things To Do In Heliopolis 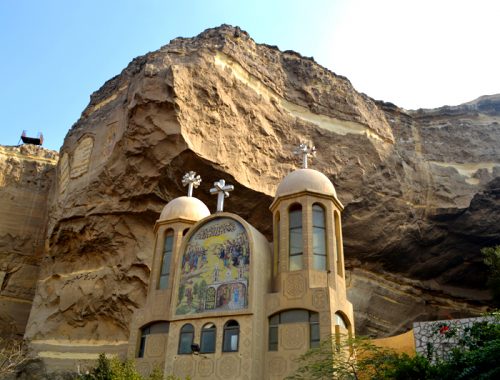 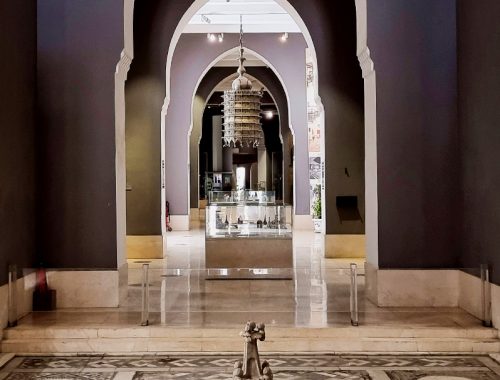 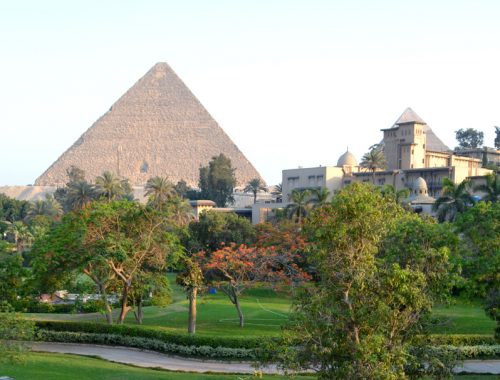