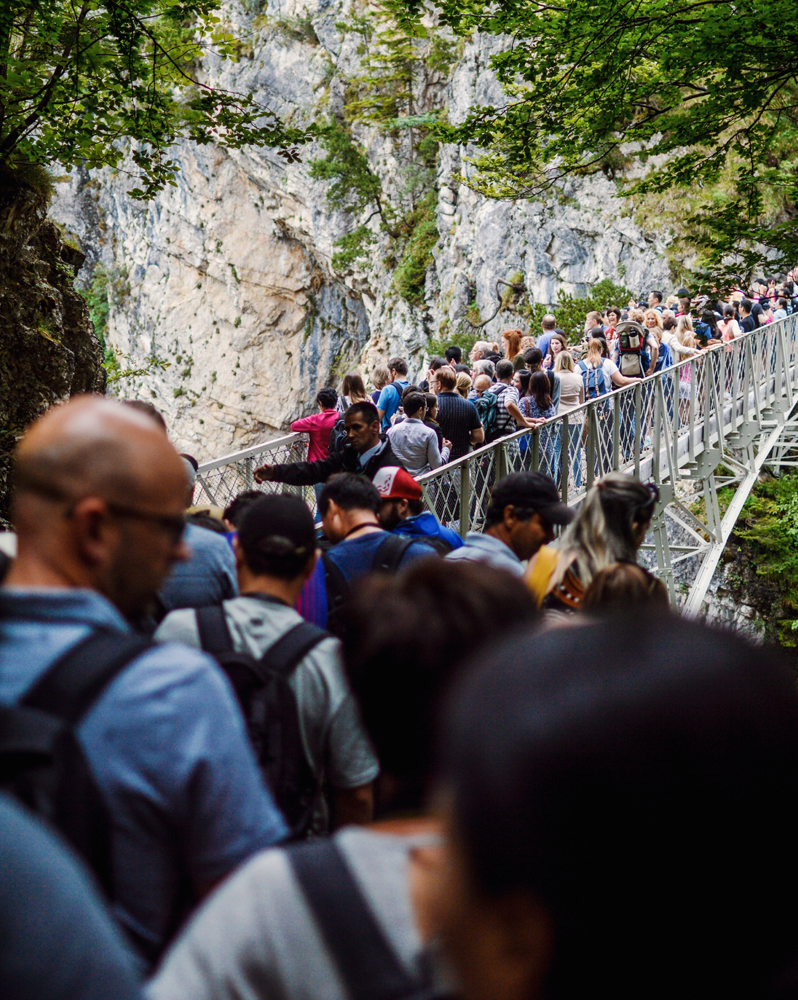 With more people travelling than ever before, this is what overtourism means today – and how we can avoid it.

You dream about these destination for years. Growing up, you stay up late reading your favorite adventure stories set in their rugged landscapes. You imagine their food and recreate it from cookbooks.

These destinations feed your imagination whenever they appear in films or magazines.

But when you finally arrive, they’re not as you imagined.

Because thousands of other people – from all over the world – also had those same dreams. And now you’re all gathered in the same spot feeling claustrophobic and dodging pushy souvenir vendors.

Who hasn’t experienced that sinking disappointment?

The meaning of “overtourism” 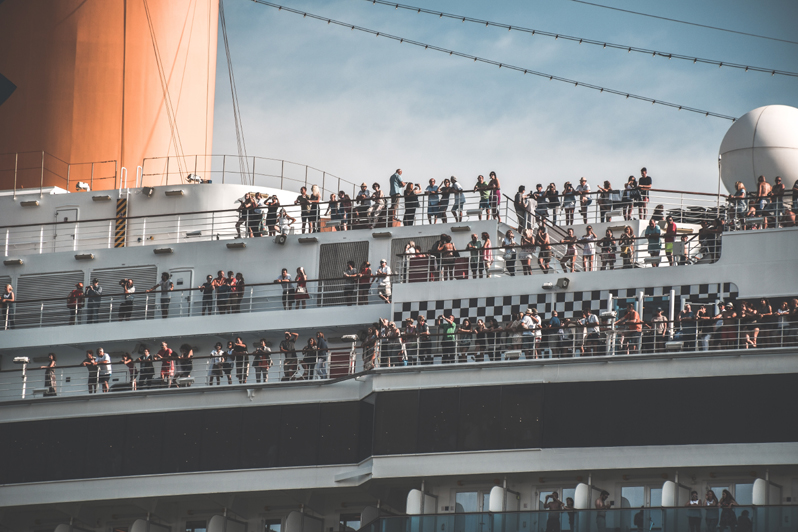 Overtourism is a new term that’s only been widely used for the past few years.

The World Tourism Organization defines it as the negative impact that tourism has on a destination. It’s when an excess of tourist crowds impact the locals’ quality of life.

And it’s when excessive crowds hinder the experiences of the tourists themselves.

Overtourism has been noted since the late 1970s when too many visitors to one place cause excessive noise and disturbance that impacts the local communities and the environment.

Why does overtourism occur? 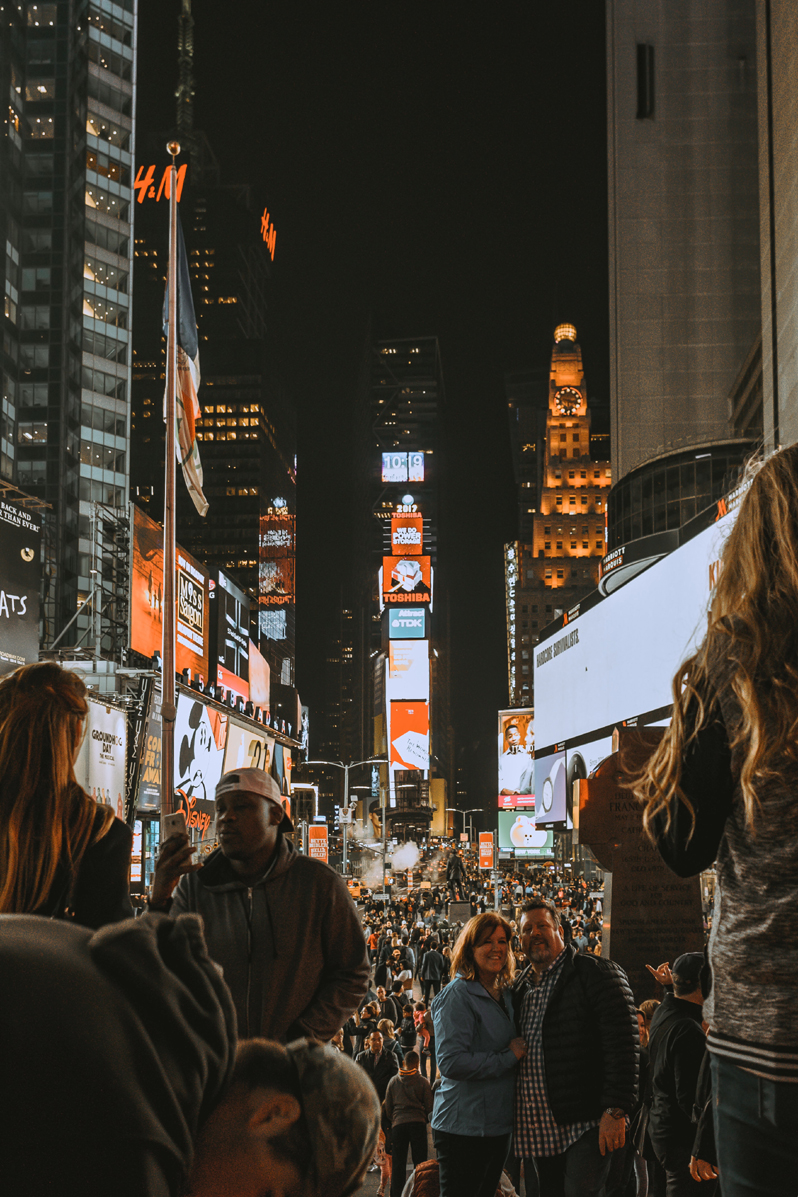 The sheer growth of the tourism industry has a major impact. It’s estimated there were just 25 million tourists in 1950. By 2018, that number exploded to 1.4 billion international arrivals per year, according to the World Tourism Organization.

And the numbers are growing.

These days travel is affordable to more people than ever. Low-cost airlines have made short weekend breaks a reality for the middle-class. And cruise tourism has grown rapidly and lead to an influx of visitors to small cities – especially on the Mediterranean.

Vacation rentals have also made travel affordable by offering rooms in world-class cities at a fraction of the cost of traditional hotels.

And then there’s social media and Instagram, where once obscure destinations have mushroomed in popularity thanks to legions of influencers promoting the trends.

The media, for their part, regularly publish articles about this year’s “must-see” destinations and the hottest vacation spots. Many travellers base their value on the number of countries they’ve visited or the mountains they’ve climbed – which are experiencing traffic jams too.

Overtourism is making headlines thanks to these ever-growing numbers. And there’s frustrated backlash from local residents in the form of protests and “tourists go home” graffiti. 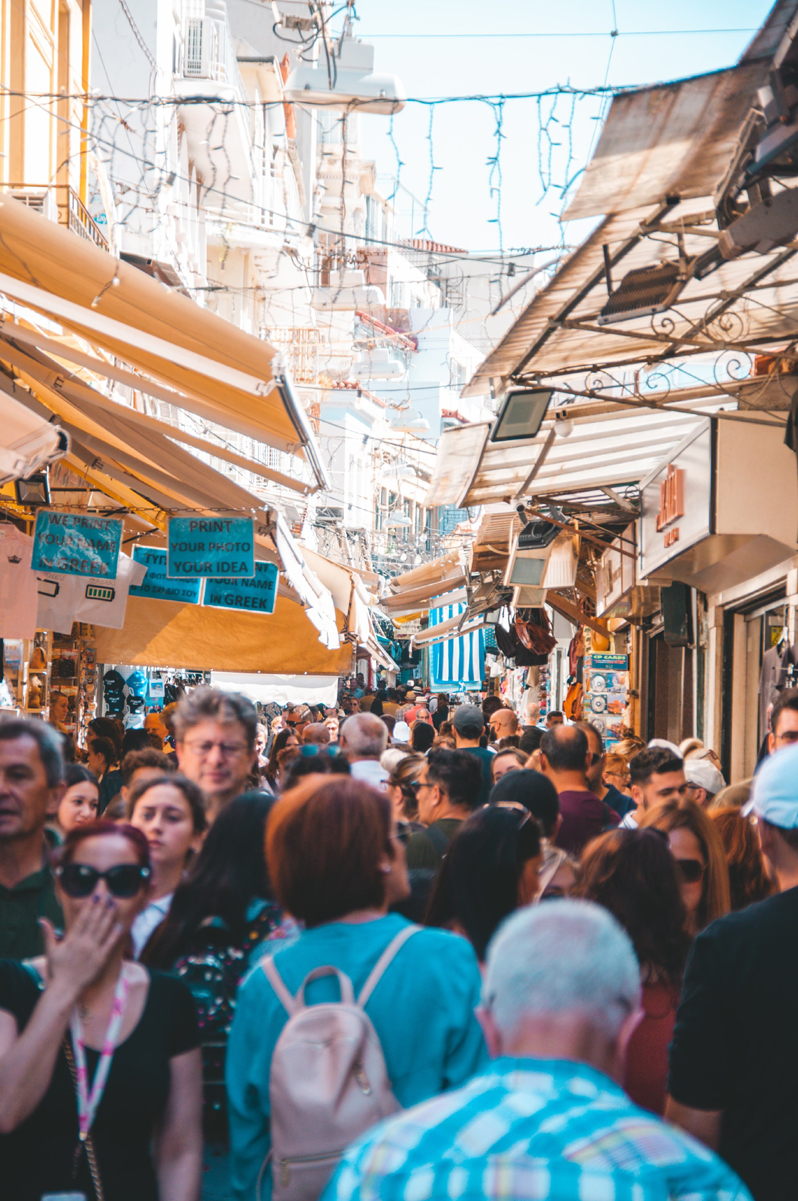 Media has warned against visiting cities like Venice, Dubrovnik and Barcelona, and attractions like the Taj Mahal, the Great Wall of China, Santorini and Mount Everest because of overcrowding.

But overtourism isn’t limited to world-famous cities and destinations.

Overtourism also strikes quiet English villages and tropical islands that lack the infrastructure – and the sheer physical space – to accommodate the crowds.

Though large numbers of tourists don’t necessarily cause overtourism. London, for example, sees millions of visitors each year but doesn’t suffer from overtourism. But those same numbers would crush smaller cities. 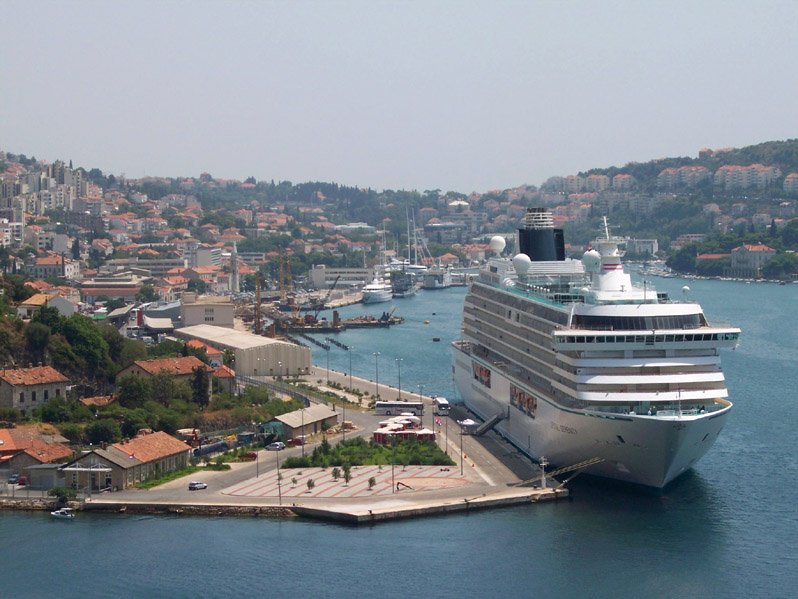 Famously featured in the TV series Game of Thrones, Dubrovnik suffers from overtourism as legions of fans descend on the Old Town to see the setting for the show’s King’s Landing.

It’s estimated that Game of Thrones fans account for about 60,000 tourists a year to this pearl of the Adriatic.

On a single day in the summer of 2016, more than 10,000 people had tickets to visit the city’s famous city walls. That swell lead to threats from UNESCO who said they’d remove the city’s World Heritage Site status unless tourism was brought under control.

In 2018, the small Croatian city saw some 1.27 million tourists throughout the year.

Cheap flights, holiday rentals and cruise ships (where travellers get off for a few hours and return on board for dinner, contributing little to the local economy) have made it possible to visit Dubrovnik for cheaper than ever.

And the locals are quickly abandoning the medieval stone Old Town, which includes only 1,557 residents compared to 5,000 in 1991. About a quarter are considering escape, according to a recent survey, while complaining of excessive noise and crowds that make daily life difficult.

The Old Town’s main street gets so crowded that the feet of thousands of visitors have buffed its limestone sidewalks to a slippery sheen. The surface has to be roughed up before each summer season with hammers. 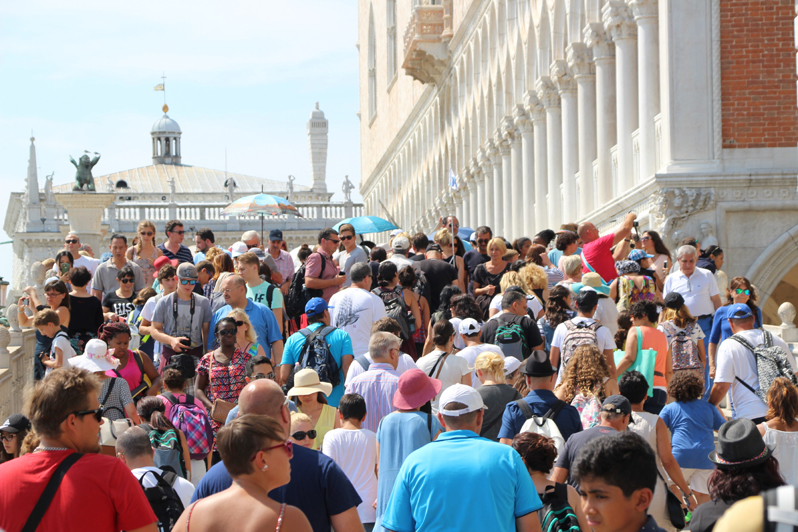 This sinking city on the Adriatic is another victim of cheap flights, cruise ship crowds, vacation rentals and day trippers.

Venice gets more than 20 million visitors each year, compared to its permanent population of 55,000 residents (down from 120,000 people just three decades ago). Out of that 20 million, however, only about half spend the night in the city.

The city’s mayor cracked down in 2018 and promised that popular sites will be controlled and diverted if crowds grow too thick, with hefty fines of 500 Euros for noisy wheeled suitcases.

Cruise ships have also been under attack not only for bringing in crowds, but for their role in damaging the city’s fragile lagoon ecosystem.

Despite protests and politicians’ promises – and a crash of a 13-deck cruise ship – cruise ships are yet to be banned.

Venetian port authorities have appealed to other cities along the cruise ship routes (including Barcelona and Dubrovnik) to unite and tackle the problems of massive vessels.

Protesters have made headlines when they confronted the cruise ship crowds with signs saying, “Big Ships = Big Shits.” 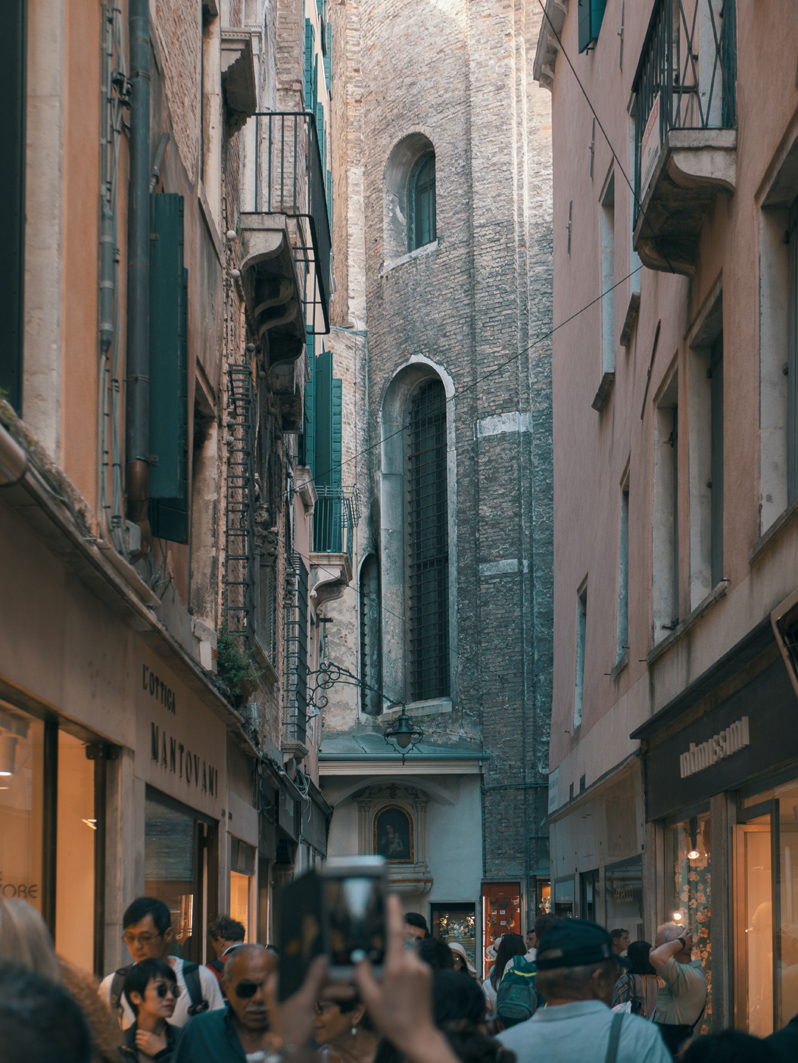 In cities like Barcelona, unregulated holiday rentals have forced out local residents and replaced neighborhood shops with cheap souvenir emporiums.

Natural wonders like the Andes have become overcrowded with hikers rushing to scale all Seven Summits.

Angkor Wat, a destination you’d imagine as a slice of peace in the Cambodian jungle, is hardly a place for meditation with crowds of loud tourists and pushy temple employees.

Thailand’s Maya Bay, a location in the film The Beach, closed after a sharp rise in tourists left it severely damaged. In Tulum, walls of stinky seaweed have washed ashore on the popular Mexican beach.

And many are blaming overtourism. 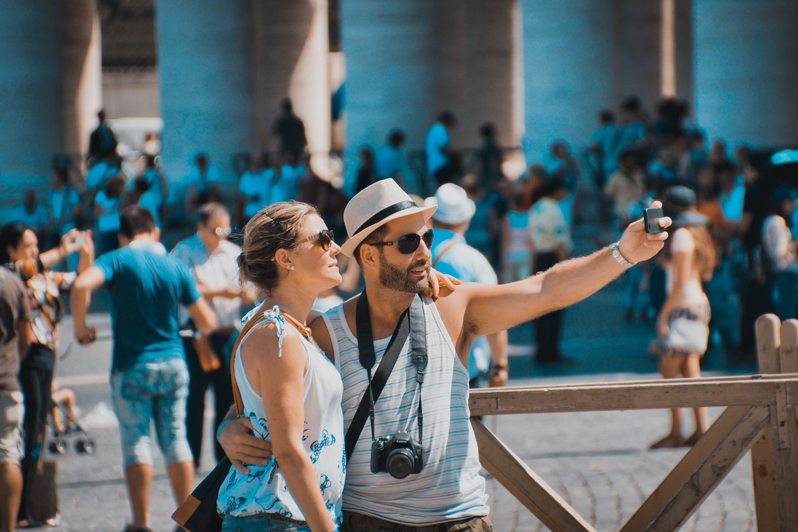 Many destinations are already managing their tourism industry, cracking down on cruise ships and tourist numbers.

Once seldom-visited destinations like Antarctica and the Galapagos Islands now limit the size of the cruise ships allowed to travel in their waters.

Santorini limits the number of tourists from cruise liners to 8,000 per day. While Greece promotes other lesser-known destinations and markets itself as a year-round destination.

Increasing prices at well-known destinations and charging tourist fees is another tactic to curb unsustainable numbers.

Venice charges day trippers a three-euro fee, which will increase in 2020.

At the Taj Mahal, officials hiked up prices in an effort to lower visitor numbers. While Machu Picchu has a four-hour time limit for visitors with no re-entries allowed.

The Netherlands tourist board is no longer promoting Amsterdam, but instead working on “destination management,” while promoting other Dutch cities. They’ve also banned mobile “beer bars” and said they don’t want tourists oggling sex workers in the city’s red-light district.

And when in Rome, it’s better to avoid swimming in fountains or dressing up in Gladiator costume. Both can lead to fines.

How to stop overtourism 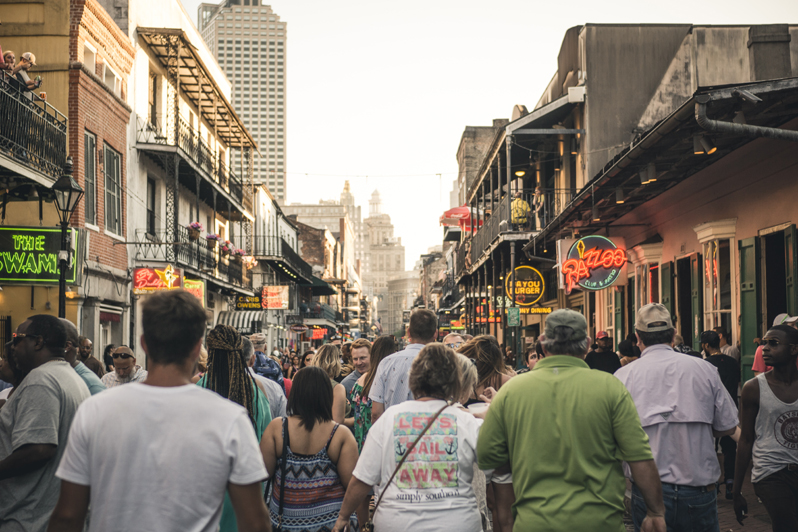 Nobody wants a claustrophobic experience in an overcrowded destination, jostling with selfie sticks and overpaying for bad food.

How do you avoid that hassle?

1. Travel in the off-season

The world’s most popular destinations are more manageable and charming. Lines are shorter and prices are lower when you avoid the tourist crowds and visit in the colder months.

2. Travel off the beaten path

The top attractions in any given country aren’t necessarily the most incredible sites. Iceland’s Blue Lagoon is world-famous. But visitors to this Nordic island say there are other dipping spots that are just as majestic – without the crowds.

Don’t litter or make noise, cover up at temples, and be courteous to both the locals and to other tourists.

Read 29 Practical Tips for Slow Travel for more on beating the crowds! 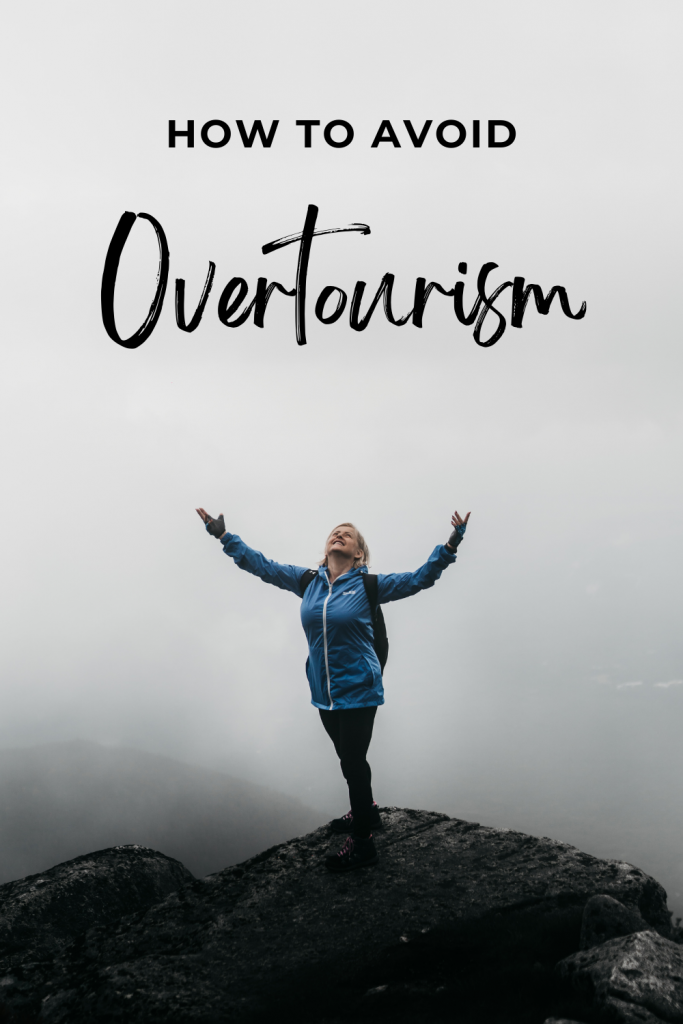 An Ultimate Guide To Tucson's Barrio Viejo (By A Local) 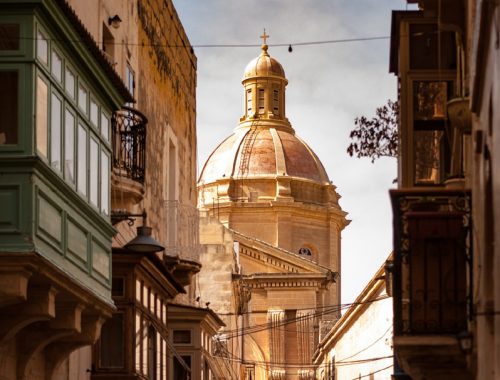 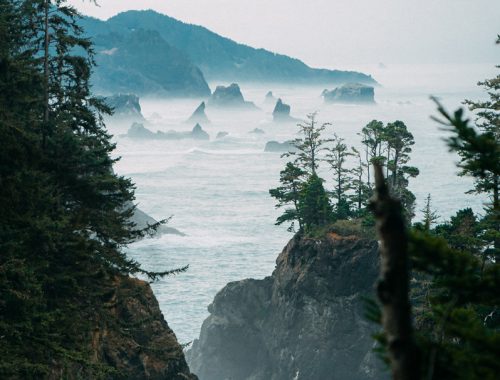 12 Must-Read Slow Travel Blogs (That Will Inspire You) 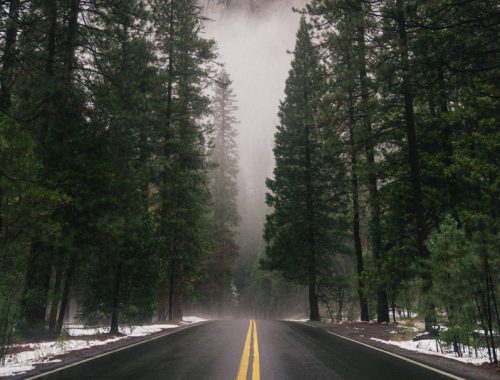 24 Practical Slow Travel Tips (And How To Slow Down)