Taiwan is a blend of ancient cultures amid cutting-edge cities. It offers stunning mountains and temples that are perfect for slow travel.

Taiwan is an ultramodern nation known for its high-tech industry and stellar growth rate.

There are massive shopping malls and amazing light installations in a vibrant downtown. But there’s also a rich heritage seen in the shrines tucked away on sidestreets.

Here are the best things to do in Taiwan:

The temple is often dedicated to a Taoist deity. But there are also other gods, heroes and figures in a lavishly decorated array. Many temples are topped with a roof spilling over with layers of carvings, dragons and bright flowers.

3. Take a boat ride in Kaohsiung

About three-and-a-half hours from Taipei, past cities and green fields of rice, is the harbor city of Kaohsiung on the Taiwan Strait.

If you have time to spend in Kaohsiung then I recommend you spend it on the waterfront.

There are boat cruises on the Love River that offer scenic views of the city’s dazzling skyscrapers and the illuminated flowers and trees lining the way.

As the boat glides along the black waters, and neon mandarin signs hover in the night, you’ll glimpse the city’s vibrant nightlife and sidestreets.

When you get off the boat, there are cafes with river views and shops with local specialties like dried fish snacks and fish floss – a popular topping sprinkled on tofu or rice. 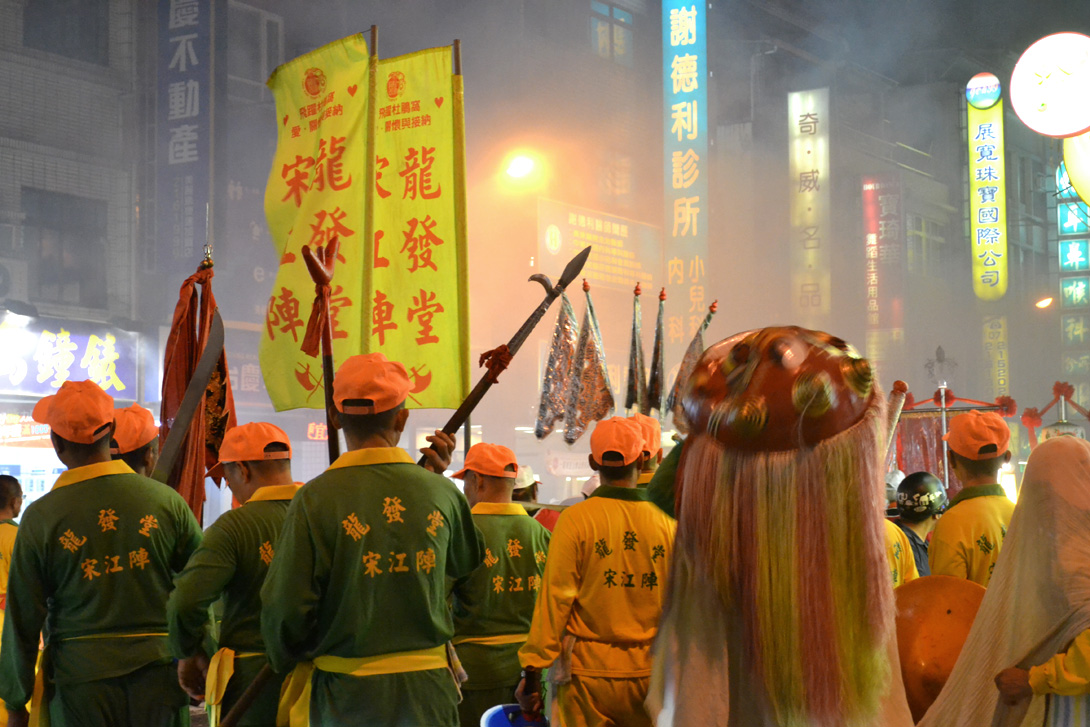 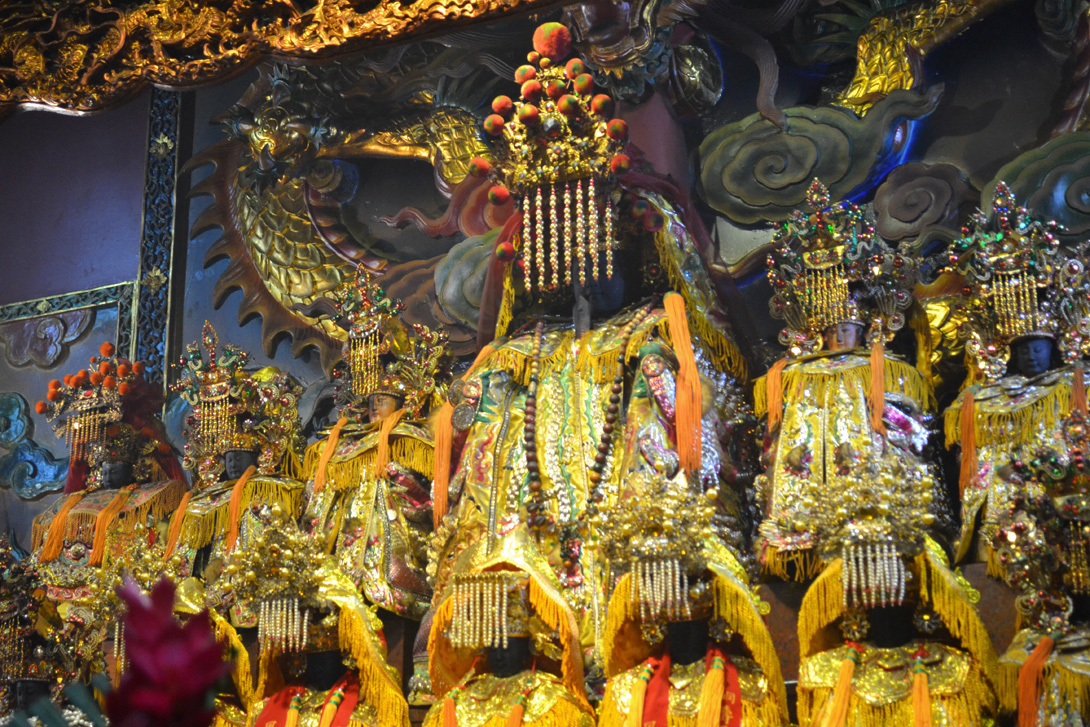 The 1300 workshop and showroom is an incredible artist-run brand that aims to preserve this dying craft.

The pieces are crafted in unglazed white porcelain, a far more demanding technique in which artisans can’t mask small imperfections with glaze. The pieces are fired to temperatures of 1,300 degrees before they’re finished off with touches of 22K gold.

They’re made to look gorgeous at any angle, even when viewed from the back. Many feature a horizonal design that’s different from traditional upright porcelain – and harder to execute and maintain its shape while the clay dries.

The pieces are stunning when viewed in person, flowing with an ethereal lightness in lines as smooth as ocean waves.

Many pieces have taken years to get right. They’re supported by arches or curves instead of a standard flat base.

Different collections include beasts from Oriental myths and traditional Chinese mythology or classical European aesthetics and Western goddesses. The prices are in the thousands of dollars, though the brand also has some entry-level pieces like the small figurines of the Chinese zodiac.

Founder Henry Shen discovered clay after taking some courses at Parsons in New York. He returned to his native Kaohsiung in 1997 and, after some soul searching, established his own studio.

Porcelain enjoyed a great revolutionary period 1,300 year ago during the Tang and Song dynasties. But what remains of the once rich history of Chinese porcelain now lays in museums and cheap dollar shops. Shen saw the opportunity to bring back the prestige of this demanding craft.

Taichung is a cultural and artsy city that’s home to the famous bubble tea – and the incredible National Taiwan Museum of Fine Arts.

Some online reviews say the museum houses a small collection with little content. But it largely depends on whether you’re an art lover. A friend of mine (who isn’t much into art) was tired after an hour. But if you love art (like I do) then you’ll need at least a few hours.

Several pieces in the permanent collection are stunning, like Daniel Lee’s mixed media Nightlife. It imitates the composition of The Last Supper but shows a seedy nightclub scene with human faces taking on animalistic features.

The museum is one of Asia’s largest at 102,000 square meters. There’s also a spacious outdoor sculpture park and a branch of the famous Chun Shui Tang Teahouse, the inventors of bubble tea. 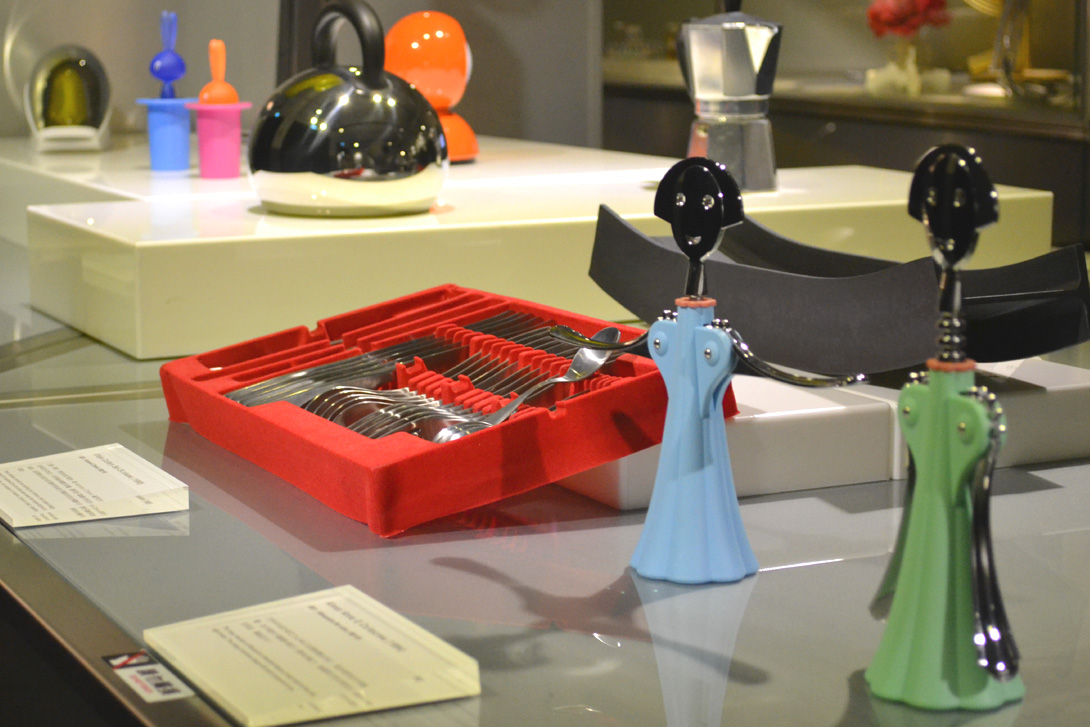 The Taiwan Design Museum inside Songshan Cultural and Creative Park has a fascinating selection of Taiwanese and international designs.

There’s everything from the famous French Chanel no. 5 bottle to a set of 1990 Taiwanese blades forged from bomb shells.

The park also includes beautiful gardens, cafes, a boutique and a theater.

Longshan Temple is one of the city’s most famous temples.

Some Taiwanese practice pure Buddhism or Taoism, but the majority follow a mix of both along with various folk beliefs.

Longshan was built as a Buddhist temple and later many deities of Taoism were added without much controversy. They can be found in the numerous shrines adorned with purple orchids.

Buddhism is reportedly the fastest-growing religion in Taiwan and still attracts the young generation.

There’s a young girl in fishnets and a bright orange top with sticks of burning incense in her hands. And she’s proof that the industrial powerhouse hasn’t forgotten its roots.

For more on Taiwan, read 7 Must-Try Foods in Taiwan