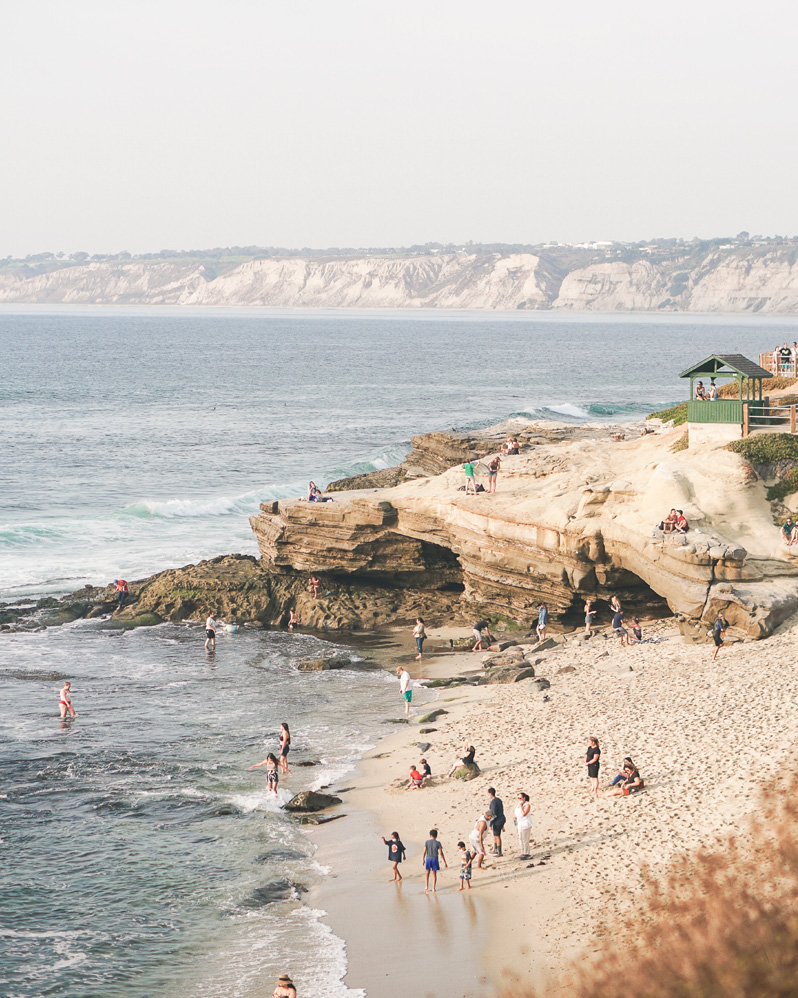 San Diego is a big city with a small-town feel that’s perfect for unwinding. Here’s a San Diego one day itinerary to the best of the city.

San Diego has gorgeous beaches and that laid-back vibe that’s perfect for a short getaway.

It’s life-affirming to watch locals doing morning yoga on the beach in their pajamas, or hear crowds on the boardwalk applaud after watching a stunning sunset.

Here are the best things to do in San Diego 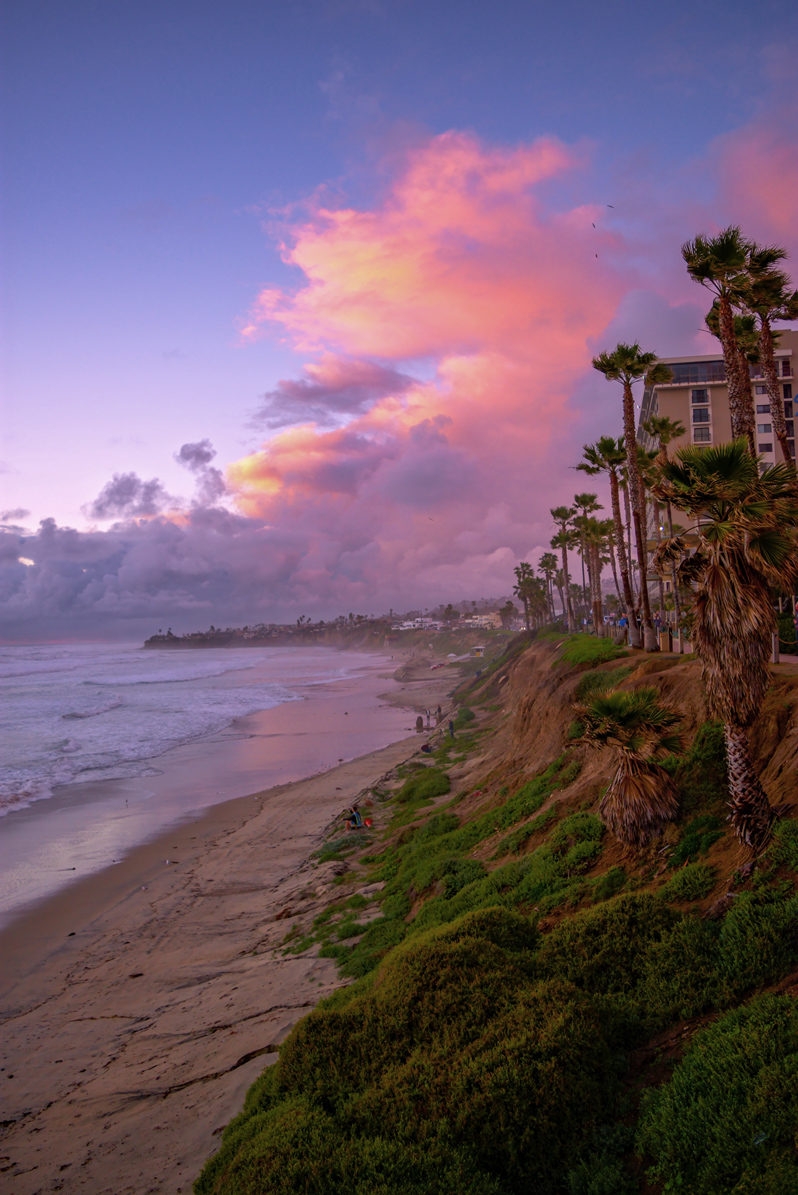 The winter months are great to visit for miles of sandy beaches without the crowds.

The city’s mild winters mean you can still wear your flip-flops by day and throw on a sweatshirt at night.

Skip the iconic Mission Beach, a tourist hot-spot with its famous roller coaster, and head to the more local Pacific Beach.

It’s popular among university students for its nightlife – and among surfers for its easy access from the city.

Watch veteran surfers manoeuvre the waves. For many who sneak in an hour or two of surfing after work, the sport is a way of life.

Pacific Beach boasts 3.7 kilometers of boardwalk lined with hip cafes and shops selling neon flip-flops, airy sarongs and souvenir magnets in the shape of surfboards. Ocean Front Walk and Ocean Blvd. are filled with million-dollar homes that look almost quaint with their motley collections of potted plants and plastic chairs on the balconies.

Walk in the opposite direction, towards the cliffs bursting with succulent plants and topped with mansions, and you’ll find staircases leading up to spectacular views of the wide ocean.

For a closer feel of the salty air, stroll down Crystal Pier that’s lined with bright white cottages build in 1930 that are available to rent for a “sleep over the ocean” experience. Rates at the Crystal Pier Hotel range from $225 to $600 a night and reservations should be made a year in advance. More budget-friendly motel rooms a block from the beach start at around $90. 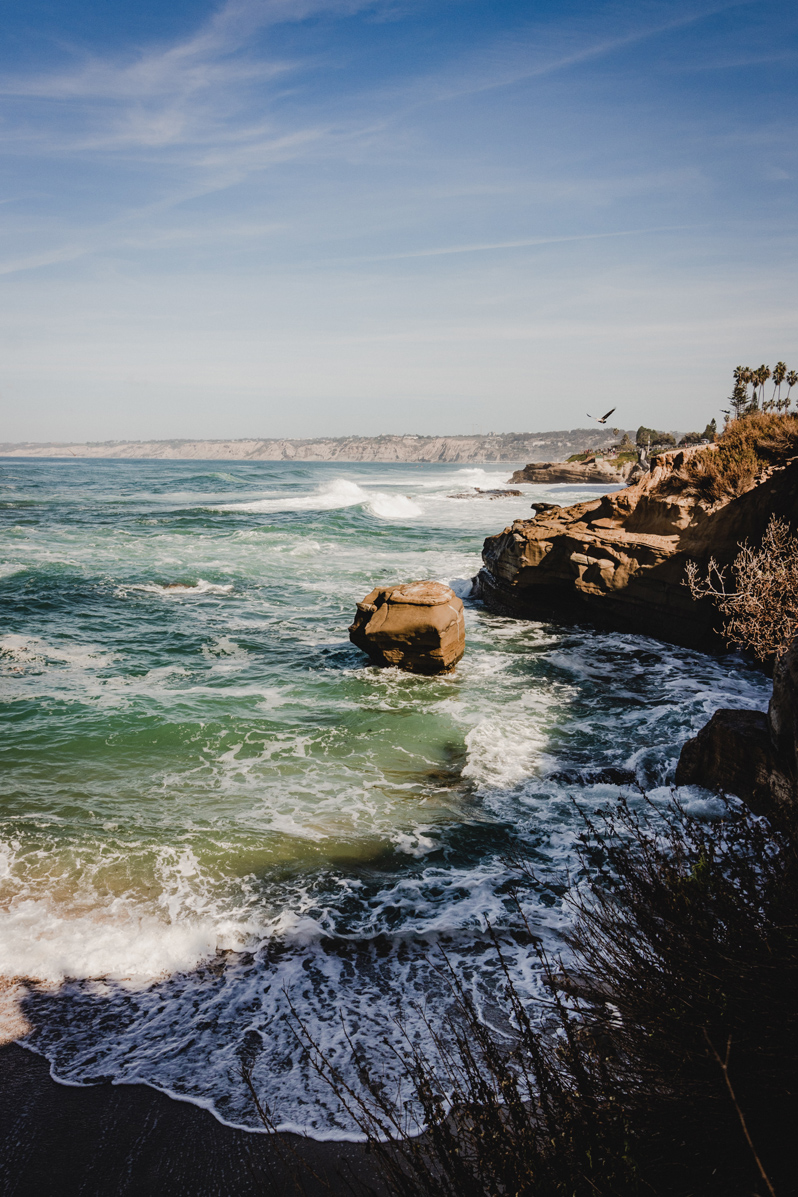 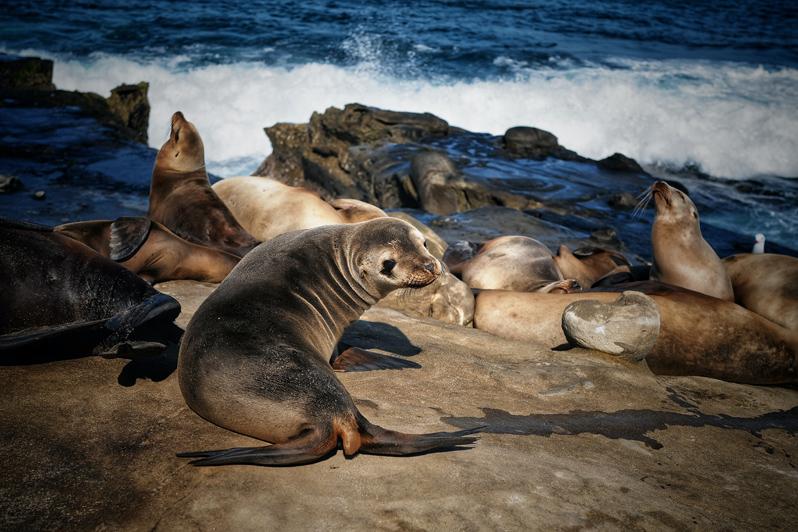 La Jolla Cove, a short drive up north, is a tiny cliff-lined beach where kids can swim in the ocean’s more shallow and calm waters.

If you can brave the bad smell and loud noise, head to the shore to see dozens of sea lions frolicking on the rocks – or more often lounging in the sun.

There’s a grassy park atop the cliffs with ocean views so stunning that parking spaces fill up when sunset approaches. Locals bring fold-out chairs and eat simple meals on the grass, couples stroll hand-in-hand while others find a deserted spot on the rocks to dive into a thick novel.

Downtown La Jolla has blocks of small upscale shops, cafes and art galleries that come to life at night as crowds window-shop or meet for dinner at ocean-view restaurants.

Slovenly gallery browsing is welcomed by the unobtrusive staff. And perusing photographs and paintings of the city is a perfect way to end a day of beach-hopping.

The best part is catching views of the Pacific below that unexpectedly peek out from between rows of boutiques. 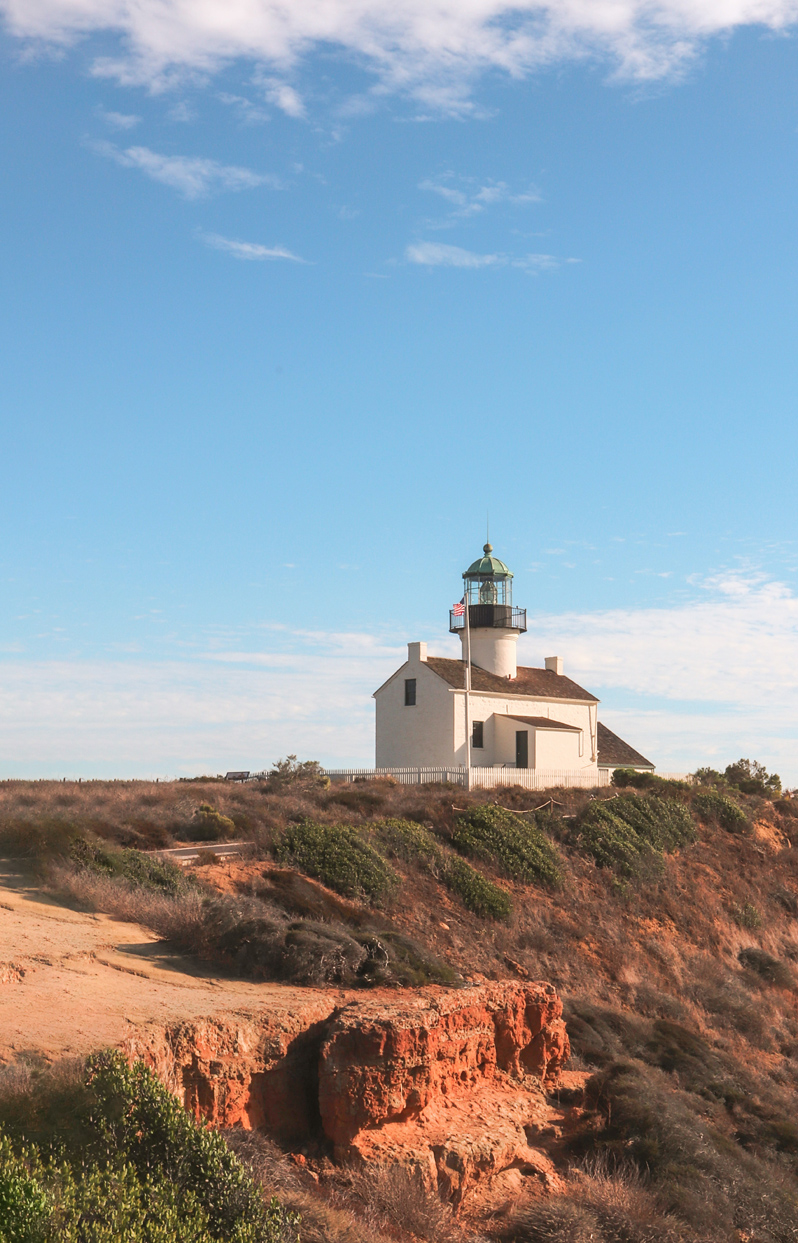 With its rich history as a port, San Diego is also a popular spot for maritime buffs.

The Old Point Loma Lighthouse is classically American with its white picket fence and Stars and Stripes flag. It’s the highest-elevated lighthouse in the US and perched atop a 121-meter cliff.

Built in 1855, the lighthouse is no longer in service. But it’s open to the public as a museum where you can view the former living quarters of the lighthouse keepers. They grew vegetables in the garden and sometimes had to fire a shotgun to warn ships away on foggy nights.

Located on the tip of Point Loma peninsula, the site offers a panoramic view of the city across the San Diego Bay. The deep blue water below is criss-crossed by dozens of sailboats that pass in seeming slow-motion. 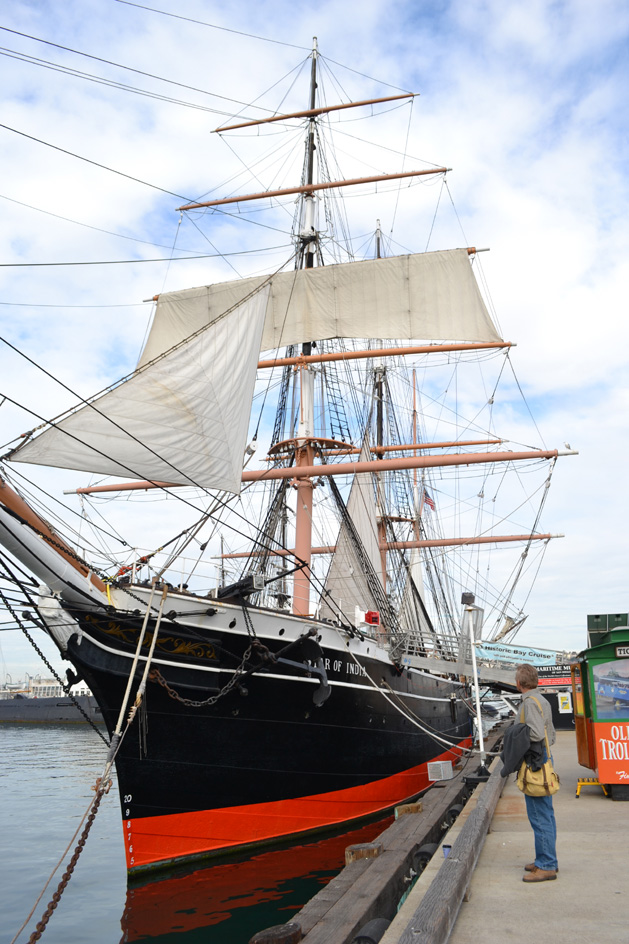 Head downtown to the Maritime Museum of San Diego, a Disneyland for sailing aficionados.

Past the parking lot, there’s the surreal sight of the massive sails of the Star of India. This is the world’s oldest active sailing ship, peeking out through the trees, traffic lights and souvenir stands.

A $18 adult general admission ticket gets you into the museum’s collection of historic vessels.

These include a Soviet B-39 submarine that once carried 24 torpedoes. There’s also the Steam Ferry Berkeley that brought thousands of survivor of the 1906 San Francisco earthquake to safety.

The spectacular Star of India has a history as long as the piles of ropes on her deck. This full-rigged ship braved a mutiny and a collision on her voyages to India. Then it spent more than a decade taking working-class emigrants from England, Ireland and Scotland to New Zealand.

Another ship in the museum collection, the HMS Surprise, is a replica of an 18th century Royal Navy frigate. It was build in 1970 and later became the set for 2003’s academy award-winning film Master and Commander.

In 1542 AD, Spaniards on the ship San Salvador became the first to arrive in Southern California. They searched for trade routes to link Mexico to Europe and Asia.

The museum offers sailing adventures aboard this vessel, lovingly built years ago by master craftsmen and volunteers.

The vessels have permanent and visiting exhibits that transport you back in time. There are old maps and instruments used in the discovery of new waters.

And there’s an inside look at the cramped quarters of fishermen who one lived below deck.

What is Slow Living? 9 Life-Changing Tips To Slow Down

24 Practical Tips for Slow Travel (And How To Slow Down) 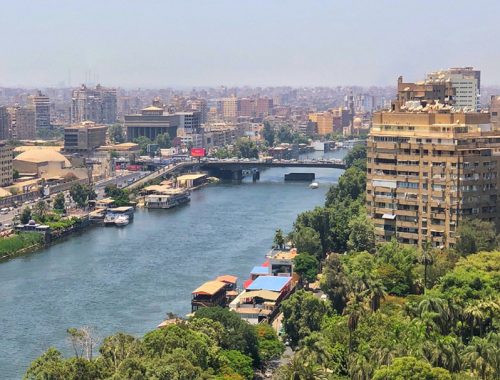 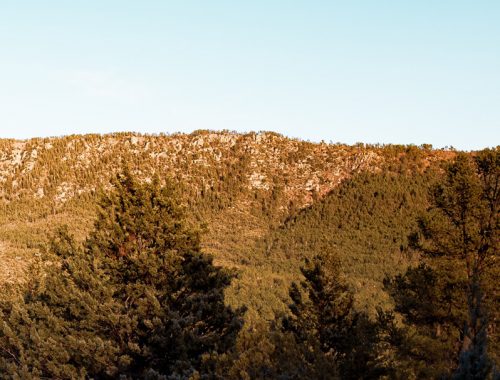 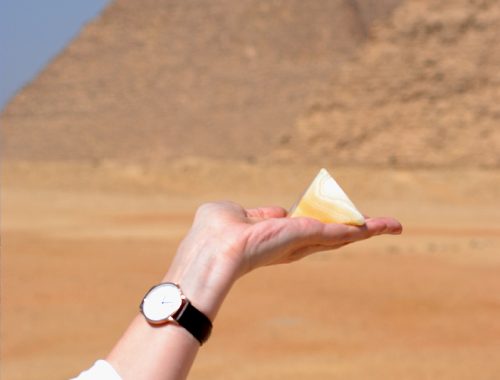